The original cramped kitchen in this home in Strongsville had the family considering a move to a larger house. Given the way their home was built, they were concerned that a large, open concept kitchen might not be possible. We were able to create a floor plan to suit our client’s vision, but it would involve remodeling a substantial portion of the first floor of the home. The amount of re-framing, plumbing, electrical and mechanical work required to complete the project was extensive, but we were able to establish a budget that worked and allowed them to remain in the home they loved.

The scope of the project included major changes to the kitchen, dining room, laundry/mud room, powder room, den, living room and stairway. In order to connect the kitchen and dining areas in an open concept, we reconfigured the layout of the first floor. The existing family room and a portion of the living room became the new dining area. The existing formal dining room was closed off from the kitchen and converted to a den.

The amount of cabinetry included in the new design is approximately double the original and includes functional enhancements such as rollout shelving. The new layout includes both peninsula seating and a central island with cooktop. Relocation of the powder room allowed plenty of space to fit a double oven next to a full height pantry cabinet. Finally, the design includes a mud room with built-in bench and storage cubbies. 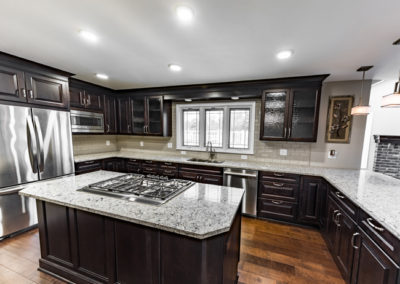 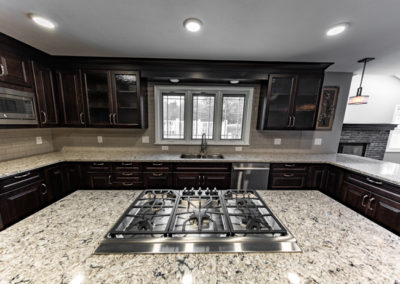 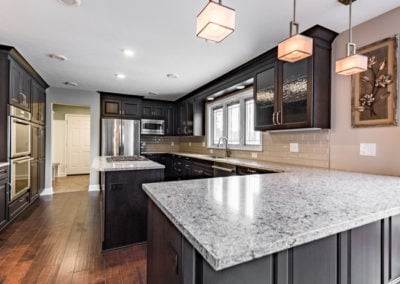 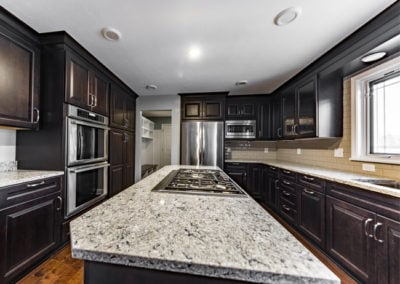 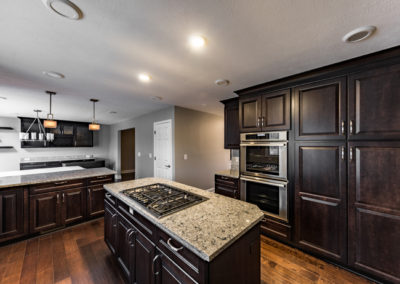 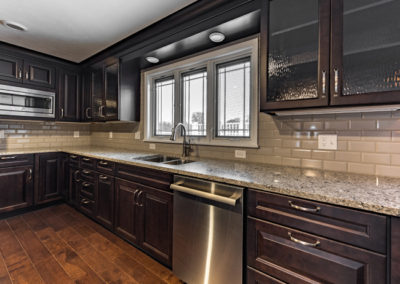 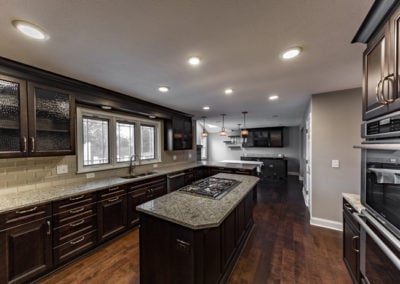 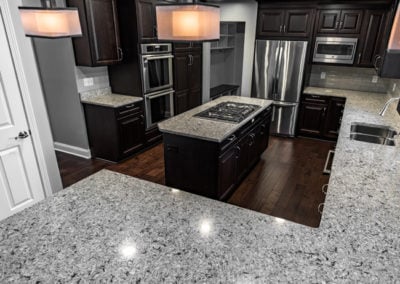 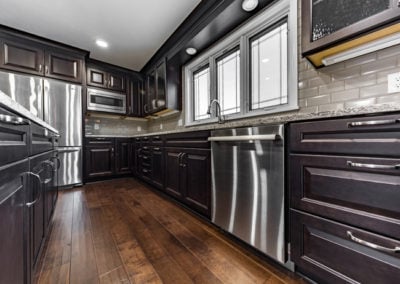 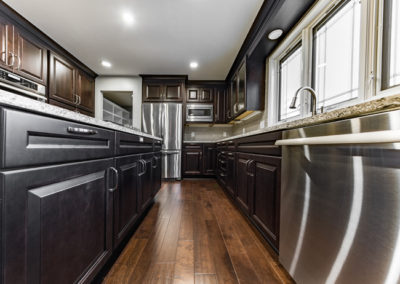 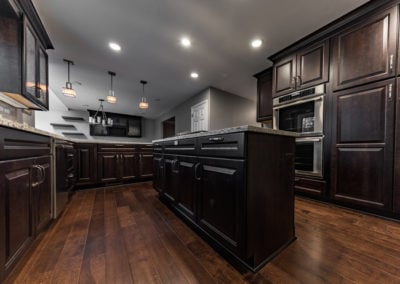 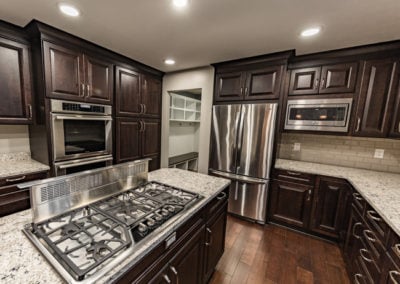 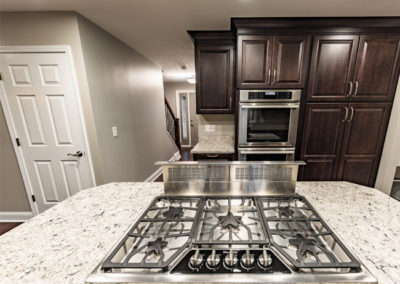 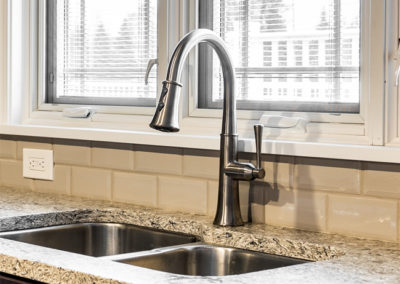 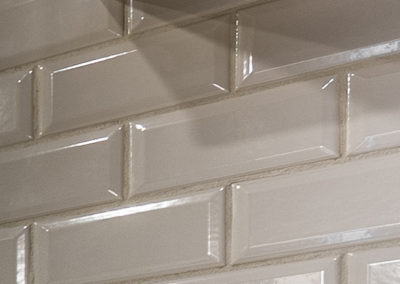 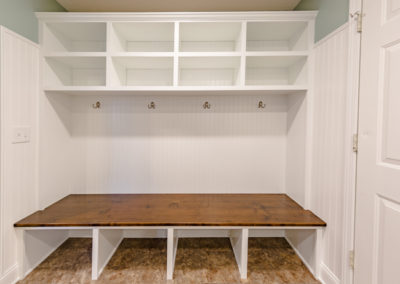 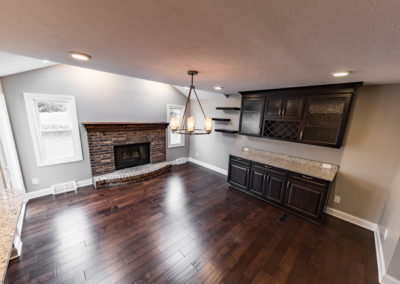 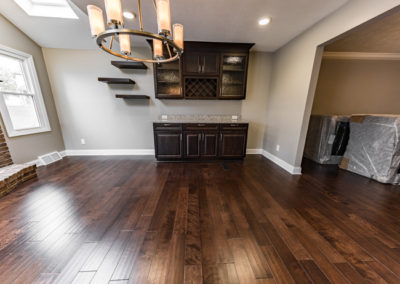 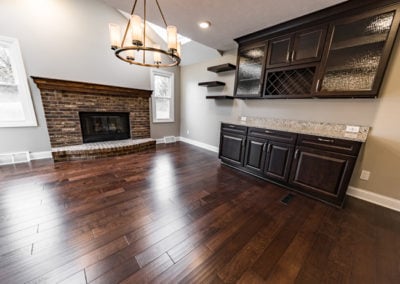 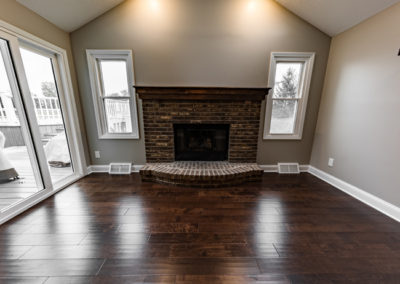 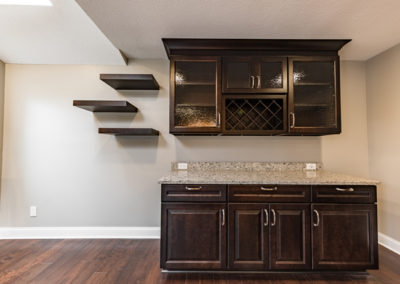 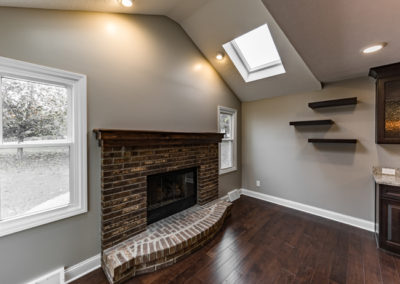 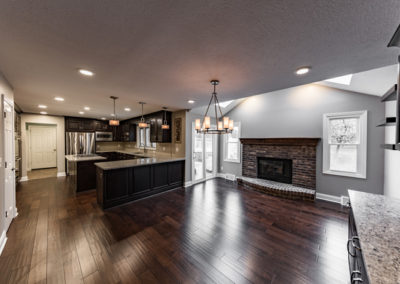 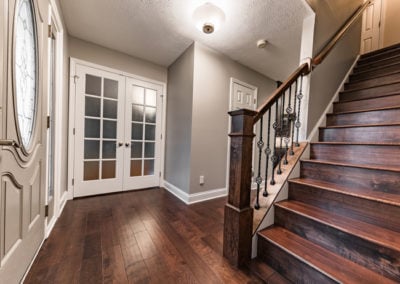 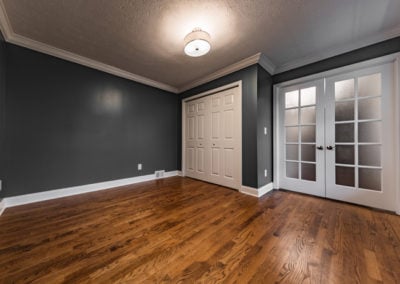 Let Us Help With Your Remodel